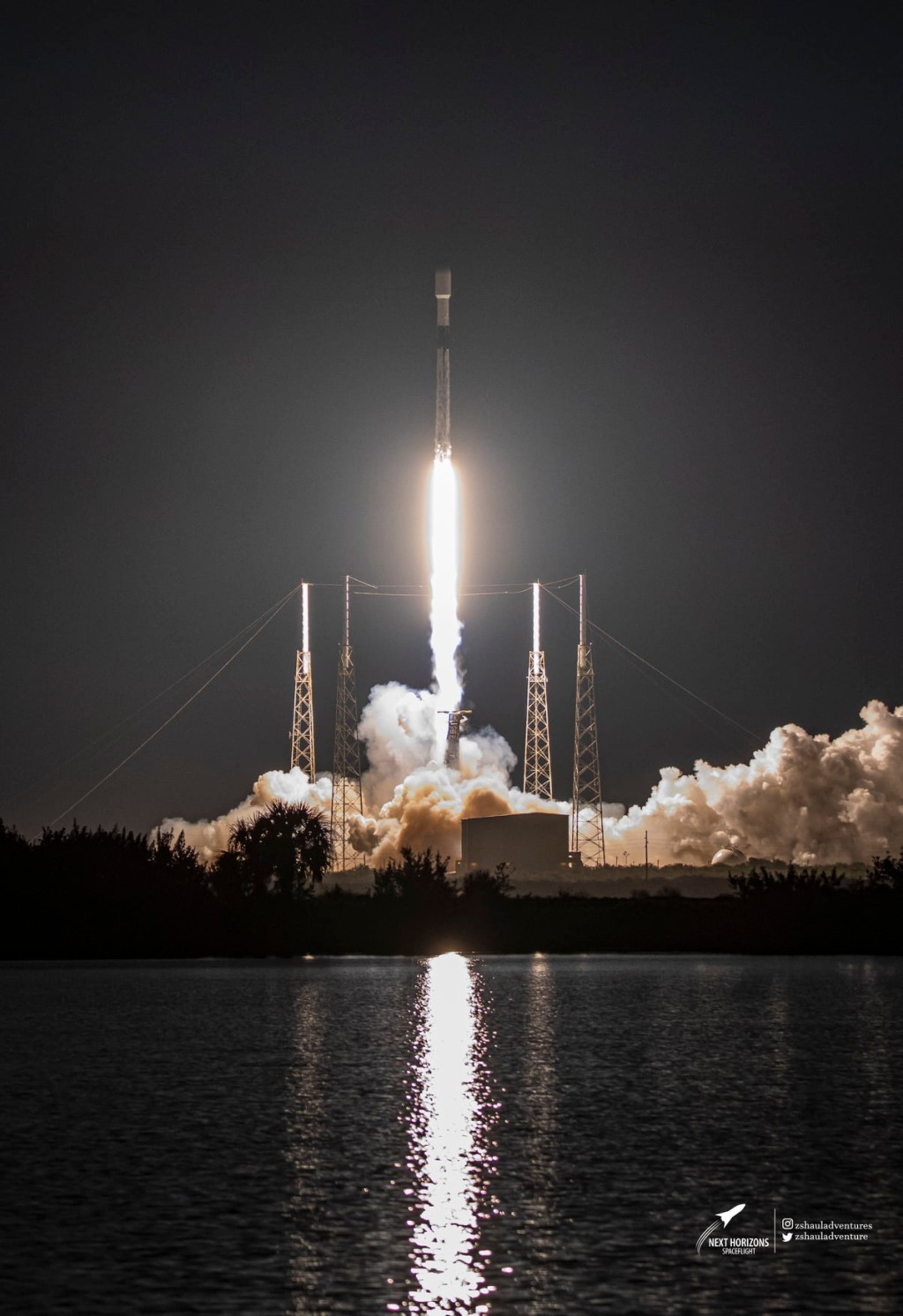 SpaceX launched fifty-four Starlink satellites into orbit this evening setting a record for the heaviest payload a Falcon 9 rocket has ever launched. Coming just days after SpaceX & T-Mobile unveiled plans to use the new generation Starlinks to provide ubiquitous connectivity to their cell phones. This launch also comes just about thirty-three hours before the launch of NASA’s Artemis I mission where their Space Launch System will lift off on a mission to the Moon.

With weather conditions not looking favorable during the first window SpaceX had at 10:22 pm E.T. they adjusted their launch plans and were able to get the rocket up just over an hour later at 11:41 pm E.T. and targeted an orbit between 144 miles and 208 miles at an orbital inclination of 53.2 degrees to the equator.

SpaceX has been experimenting with engine throttle settings and other minor upgrades to be able to stretch the capability of their Falcon 9 rocket. Adding one more spacecraft may not seem like a huge adjustment, but remember each Starlink satellite weighs more than a quarter of a ton. The fifty-four total satellites added up to 36,800 pounds to the rocket during lift off. Another astonishing bit of this launch is that it came with Falcon 9 B1069, which was heavily damaged during its landing on the CRS-24 mission in December of last year. We partly expected to never see this booster fly again, but repairs were obviously made and the team believed not only could she fly, but she could carry more weight than ever before.