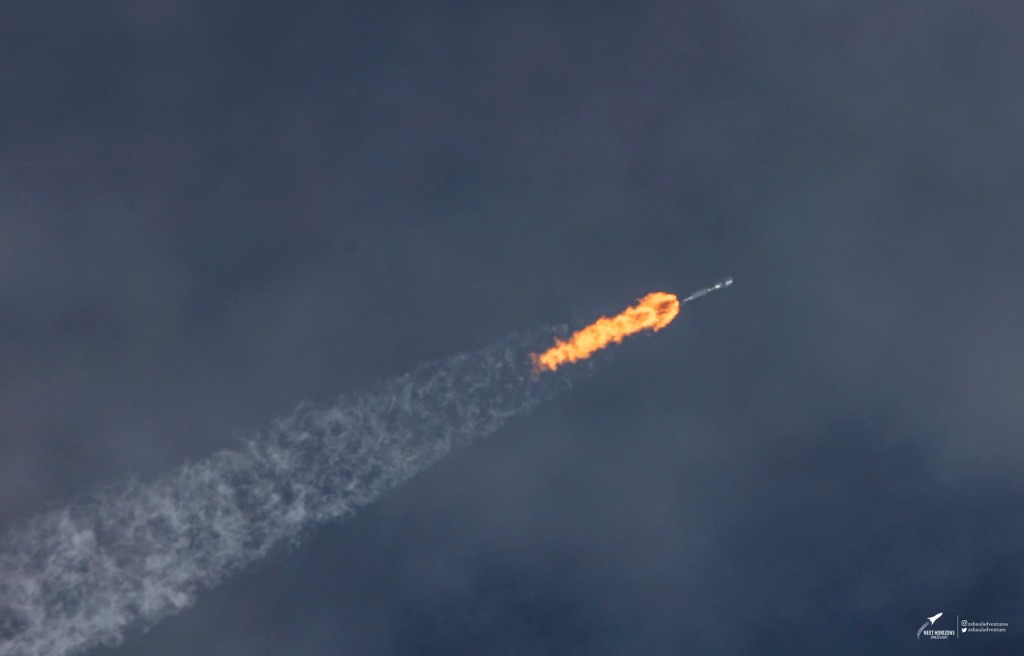 In the midst of the ongoing hype for the upcoming Artemis I launch SpaceX has been keeping things rolling, with each launch it continues to push further past the previous year’s record of the greatest number of launches the company has been able to get off the pad in a year. Still four more months in the year after this one and there seems no signs of things slowing down anytime soon. Images released online show quite the opposite really with the astronauts of Crew-5 at the Kennedy Space Center and training up for their upcoming mission. The Cargo Dragon which was previously stationed at the International Space Station also undocked this morning and is targeting a splashdown off the coast of Florida tomorrow afternoon.

With fifty-three of their Starlink satellites onboard SpaceX counted down 3, 2, 1, and then it was 3:21 pm E.T. when the Falcon 9 rocket ignited its nine Merlin 1D engines and began to slowly rise off the pad. The twenty-third dedicated Starlink mission this year and SpaceX’s thirty-seventh total launch of the year went as smoothly as they could have hoped. About eight minutes after lifting off the first stage touched back down on the drone ship A Shortfall of Gravitas in the Atlantic Ocean. The second stage continued on climbing higher and eventually deployed all fifty-three satellites without a hitch about fifteen minutes into the launch.

Flying for SpaceX’s mission today is Falcon 9 B1062, now reaching its ninth flight for the launching fleet. If you feel like we just saw this booster fly, that’s because we did. Just twenty-six days ago B1062 flew during the Starlink 4-25 mission which carried fifty-three of those satellites into orbit for the company. Its first flight was back in November of 2020 during the GPS III SV04 mission. From there it went on to bring the GPS III SV05 payload into orbit before carrying the crew of Inspiration-4 on a three-day journey orbiting our planet. That took place almost a year ago as the I4 mission launched on September 15 of 2021. In April of this year, it carried four more humans to orbit, this time though it was to bring the first privately crewed mission to the International Space Station. Between the passenger manifest and the number of satellites this booster has carried, it could easily be regarded as one of the most valued in arsenal.