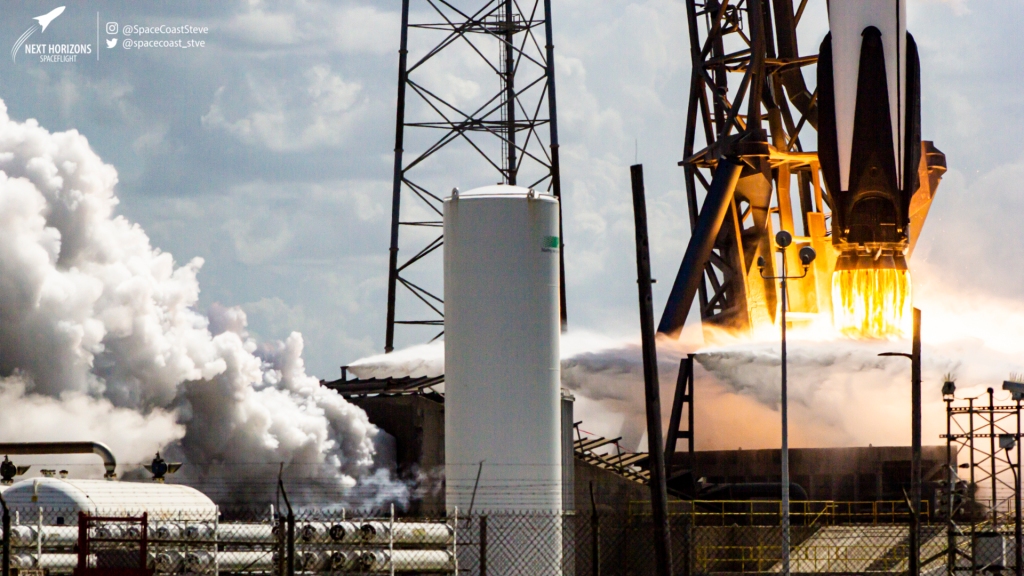 CAPE CANAVERAL, FLORIDA – At 3:55 PM EDT, the Falcon 9 booster tore into the bright blue Florida sky, raising the GPS III SV03 satellite into orbit. After a successful launch, the booster (B1060.1) nailed a perfect landing on the drone ship Just Read the Instructions about 9 minutes after launch. This was the first launch for the gleaming new block 5 booster.

This was the first SpaceX launch in support of the US Space Force. The GPS III satellite is destined for medium earth orbit (MEO), about 12,550 miles (20,200 km) from Earth. The new satellite will replace an older, less powerful satellite currently on station, keeping the constellation at 31 satellites. The GPS III series has advanced life-cycle and capabilities over the older satellites. Among these enhancements is the addition of the L1C civilian signal, which will allow greater compatibility with international positioning systems such as the European Galileo system or the Russian GLONASS system. Previously additional software would be needed to use both systems simultaneously. Using two systems increases civilian precision to about 2 meters over the 60 meters guaranteed by GPS alone. The Department of Defence has been planning on overhauling the older GPS satellites for some time.

This launch was originally scheduled for April, but was placed in an indefinite hold until protocols could be developed for the safety of personnel during the COVID-19 global pandemic. Florida continues to be a hot spot for new cases, setting new records for daily positive cases several times in the past week.

Continue to stay tuned to Next Horizons Spaceflight for all of your Space Coast launch news!