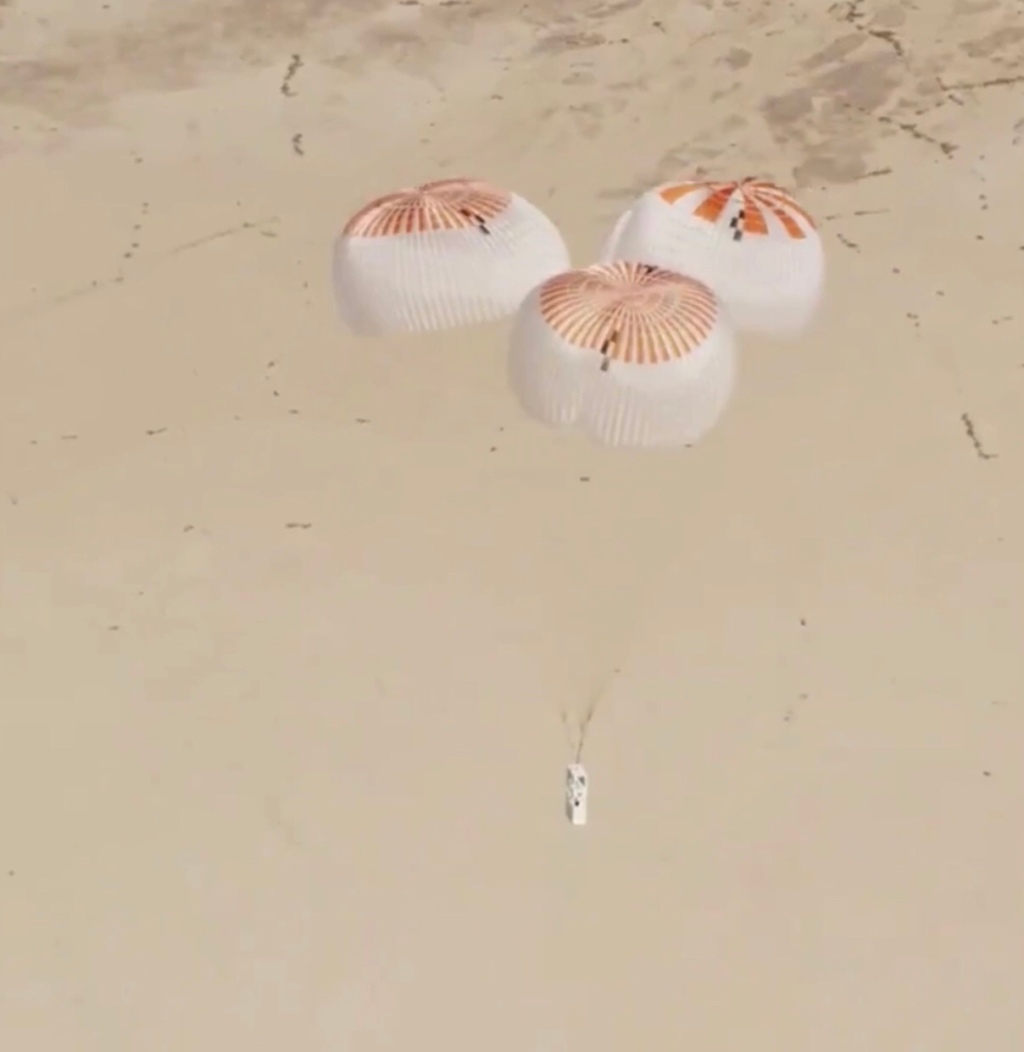 Just 3.5 weeks ago, while Jim Bridenstine was at the SpaceX headquarters, it was stated that SpaceX would conduct at least 10 more drop tests with the new Mk3 parachute design. Not only have they completed 10, they’ve done 13! They’re really chugging along to launch astronauts as soon as possible!

“SpaceX team has completed 13 successful tests in a row of upgraded Mark 3 parachutes for Crew Dragon. Most recent test demonstrated the parachute system’s ability to land the spacecraft safely in the unlikely event that one of the four main parachutes fails.”

Great work by SpaceX Dragon team & Airborne! To be clear, we’ve only done 1 multi-parachute test of Mk3 design, so 9 more left to reach 10 successful tests in a row. https://t.co/Q814zVoW4S

So, as the tweet says, the 10 tests in a row is actually only beginning. Stay tuned to see updates about this as the testing campaign goes forward.