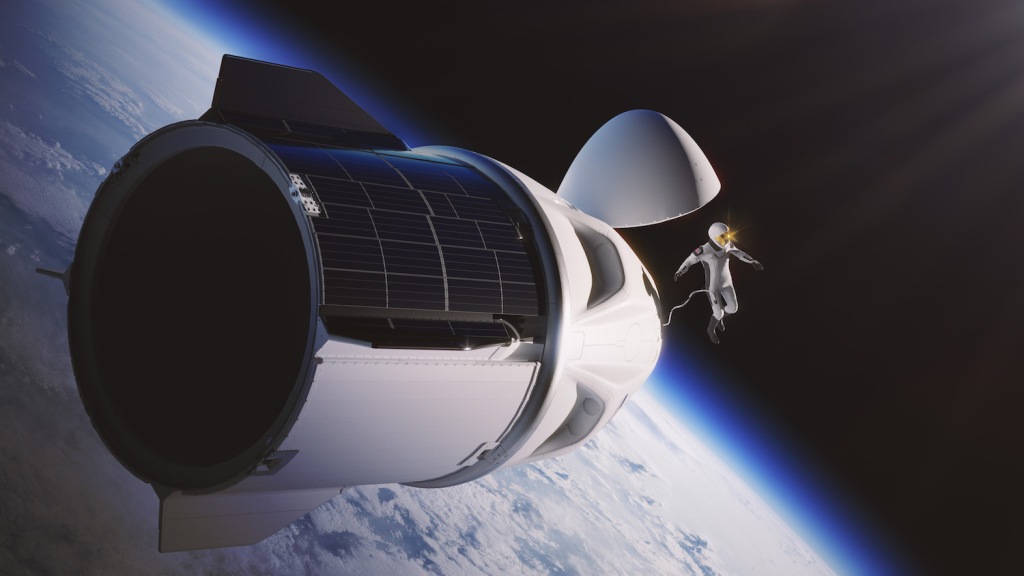 SpaceX is returning private citizens to space, this time with a trio of missions designed to bring people further into space than they’ve been in decades. Their first mission Polaris Dawn will launch at the end of this year and will strive for the first commercial space walk with SpaceX designed extravehicular activity suits. Another major objective of the mission is to reach an orbit higher than any Dragon mission before and to go further into Earth’s orbit than ever before. They will also be the first crew to test the laser-based communications of Starlink satellites in space, along with conducting scientific research to advance human health during long duration spaceflights, and back on Earth as well.

Although not many specifics have been shared yet as to the details of the journey or the tools they plan to use/test have been announced we do know, that after this mission, two more are planned, with the final Polaris mission being that of the first crewed Starship mission in Earth’s orbit. What we do know so far is the SpaceX EVA suit will also double as the suit used during launch/reentry inside Dragon. Also, we are unclear as to who, or how many of these four will make a spacewalk, but in order for one or more to do so the entire Dragon capsule will be purged of air, much like the Gemini missions and all four will be exposed to the harsh elements of space, whether inside or outside the capsule.

Led by Inspiration 4 commander Jared Isaacman, the CEO of Shift4, accomplished pilot and astronaut with over seven thousand flight hours of aviation experience. He will once again reprise his role as mission commander for the Polaris Dawn. During his I4 flight, the first all civilian mission to space he helped raise over 240 million dollars for St. Jude Children’s Research Hospital in an effort to eradicate childhood cancer. Isaacman also holds a few world records, including two speed-around-the-world-flights in 2008. In 2011 he co-founded what would become the world’s largest private air force, Draken International, to train United States Armed Forces pilots.

Following alongside Isaacman is Scott “Kidd” Poteet, a retired United States Air Force Lieutenant Colonel who served various roles including Commander of the 64th Aggressor Squadron, USAF Thunderbird #4, and has logged over four-hundred hours of combat time during Operations Northern Watch, Southern Watch, Joint Guardian, Freedom’s Sentinel, and Resolute Support. Poteet currently serves as VP of Strategy at Shift4 and was the Mission Director of Inspiration 4. Kidd is also an accomplished collegiate runner and triathlete, competing in fifteen Ironman triathlons since 200, including four Ironman World Championships. He will serve as the pilot during the Polaris Dawn mission.

Up next on the crew of four is Sarah Gillis, who will serve as Mission Specialist. Gillis is a Lead Space operations Engineer at SpaceX and is responsible for overseeing the company’s astronaut training program. She helps develop the mission specific curriculum and training execution for both NASA and commercial astronauts who fly aboard Dragon spacecraft, including DM-2, Crew-1 and most recently I4. She has also supported real time operations during space missions and is an experience mission control operator and as a crew communicator for Dragon’s human spaceflight missions. From a young age Gillis was trained to be a classical violinist before changing directions when a high school mentor, NASA astronaut Joe Tanner encouraged her to pursue a degree in aerospace engineering. In 2015 while studying at the University of Colorado, Boulder she began an internship at SpaceX, working on huma in the loop testing of the Dragon spacecraft interior before moving into the astronaut training program full time.

Anna Menon will be the last member of the team. Another SpaceX employee, Menon will serve as Mission Specialist, and Medical Officer during flight. Currently she is a Lead Space Operations Engineer at SpaceX where she manages the development of crew operations and serves in mission control as both Mission Director, and crew communicator. During her time with the company, she has led the implementation of Dragon’s crew capabilities and helped create the crew communicator operator role along with developing critical operation responses to vehicle emergencies. Menon also served in mission control during multiple Dragon missions, including DM-2, Crew-1, CRS-22, and CRS-23. Before working for SpaceX Menon was at NASA for seven years as a biomedical flight controller for the ISS (International Space Station). As such she supported space station crews from mission control, helped integrate international partner engineers and medical care, and led to the planning and execution of all biomedical operations for expedition 47/48. Her dream of reaching space began in fourth grade when her teacher Alison Smith Balch (daughter of Space Shuttle Challenger pilot Michael J. Smith) took her on a field trip to NASA. Her husband Anil was also just announced as an astronaut candidate with the latest class of NASA astronaut candidates.