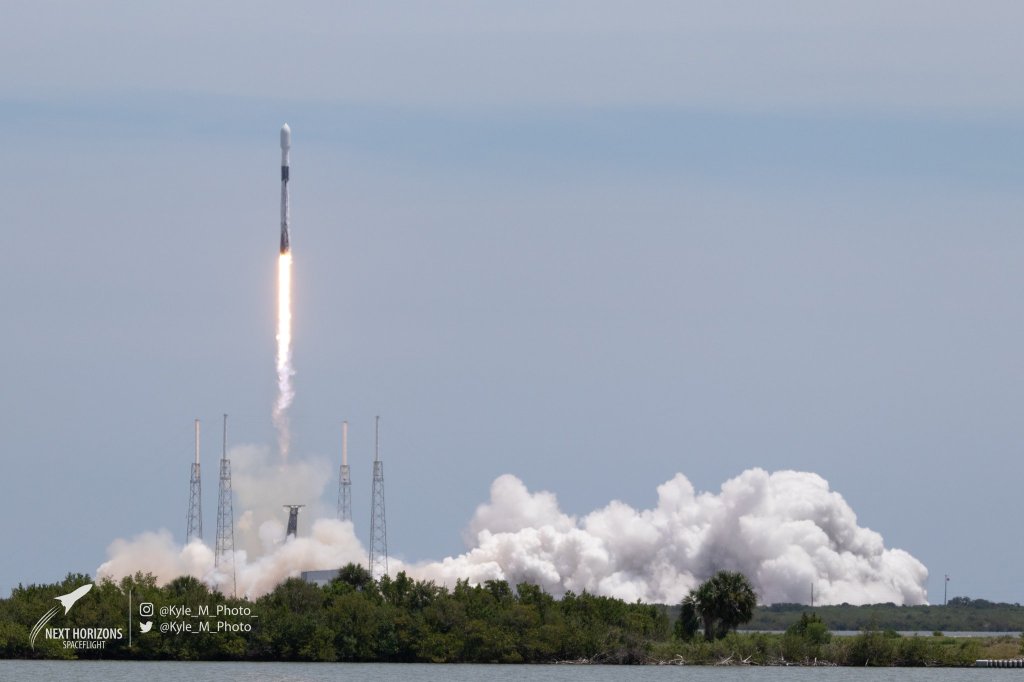 On April 6th 2021 the GPS III SV05 was delivered from the Lockheed Martin Facility in Colorado to the Space Coast Regional Airport in Titusville Fl. Lockheed Martin who has built the four previous GPS III satellites has had great success using SpaceX to deliver their precious cargo to orbit. Once in its desired orbit the satellite will join the operational constellation of thirty-one others orbiting our Earth. These latest satellites included improvements in signal protection, L1C signal interoperability, and the newest civilian signal, L5. GPS delivers the top standard in positioning for navigation, and timing services supporting U.S. and allied operations world wide.

Lockheed Martin is under contract for up to thirty-two GPS III satellites and are assembling and testing them in their facility which is located near Denver Colorado. At 128 million dollars the facility is state of the art and was designed in a virtual reality environment which maximizes production effectiveness and efficiency. Currently around sixty percent of the GPS constellation is made up of Lockheed Martin designed and built satellites, the first in 1997.

Today’s Falcon 9 first stage booster is 1062, which was last flown in November of 2020 for the GPS III SV04 mission, nicknamed Sacagawea. SV05, or the Neil Armstrong flies today, at two hundred and twenty-four days after that flight and marks the second flight for booster 1062 and it becomes the first re-flown booster to fly a mission for the US Space Force. It will also be the seventy-third launch for SpaceX from SLC-40, the last which was just one week ago. This Keeps the company on track to launch one mission a week this month of June, 2021. This first stage, powered by nine Merlin 1D engines will land on the drone ship “Just Read the Instructions” stationed 647 km offshore in the Atlantic Ocean. It will also be the first time a new ship, the Hos Briarwood, a contracted vessel will be used to recover the fairings from this mission. It also marked the eighteenth re-flown booster SpaceX has launched this year.

Heavy storms have waylaid the space coast the past several days, in fact lightening was so nasty out our media team was unable to place remote cameras on the launch pad. Weather this morning, launch day however was quite calm and very sunny out. Newly redesignated 45th Space Launch Delta gave weather conditions a 70% chance of GO for launch, with the main cause for concern being the cumulous cloud rule and high upper altitude winds. When the clock struck the appointed for fueling to begin the GO/NO GO poll occurred and the SpaceX launch team gave the GO for propellant loading to begin. Just about forty-five minutes later the rocket ignited and slowly lifted off the pad, gaining more and more speed until it broke through the sound barrier on its way towards the stars.