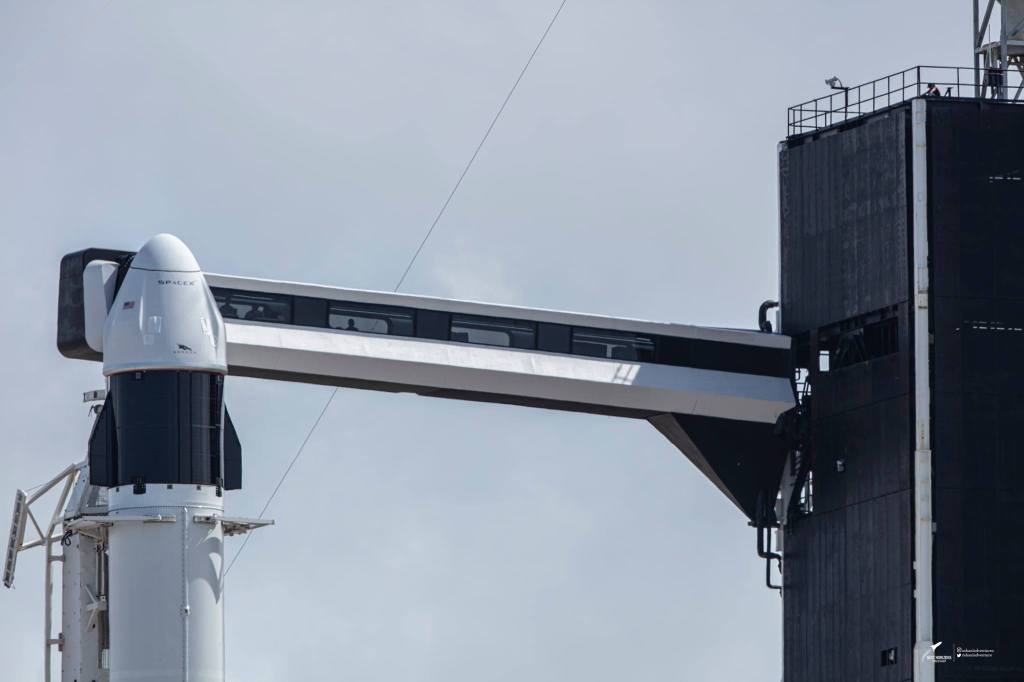 NASA launches bobtail squid, tardigrades, and other supplies to ISS

NASA is sending tiny bobtail squid along with Tardigrades or water bears along with 7,300lbs of other supplies, and research to the astronauts currently orbiting above in the International Space Station for its twenty-second cargo resupply mission. Set to launch from Kennedy Space Center’s historic LC-39A on Thursday June 3rd, at 1:29 PM Est, if all goes according to plan. For this mission SpaceX has a clean never flown booster to deliver these important items and lives to the space station onboard their Cargo Dragon capsule.

Our squid in question are newly hatched bobtail squid, or Euprymna scolopes. Related to cuttlefish these cephalopods are quite interesting as the bioluminescent they contain runs on an internal clock via a species of glowing bacteria known as Vibrio fisheri. Scientists are hoping to learn more about how microbes in animals react to spaceflight during their studies. Astronauts running the research on behalf of the team called Understanding of Microgravity on Animal-Microbe Interactions (UMAMI) As microbes play a significant role in animal tissue development and maintain human health, their hope is that much will be learned to further our understanding about microbes in spaceflight. Principle UMAMI investigator Jamie Foster had this to say on the research, “Animals, including humans, rely on our microbes to maintain a healthy digestive and immune system. We do not fully understand how spaceflight alters these beneficial interactions. The UMAMI experiment uses a glow-in-the-dark bobtail squid to address these important issues in animal health.”

Another, even tinier organism flying on the CRS-22 mission are Tardigrades, or water bears. Recently becoming popular for their bear like appearance and fascinating features Tardigrades are some of the most resilient creatures known to man. They’ve been found almost everywhere on Earth from mountaintops to the deep sea volcanoes and places in between like tropical rain forests, and even Antarctica. Their survival with exposure to the extreme temperatures, pressure, air deprivation, radiation, dehydration, and starvation are what makes researchers so interested in learning more about the behavior of these water bears and what will happen to them in the microgravity of spaceflight. More specifically scientists will be looking to find out which genes they poses that aid in their adaption to survive such extremes. Understanding this better may lead to protecting our astronauts better in the harsh environment they work in.

Both of these experiments will run for up to two months once on board the International Space Station, the tardigrades will be shipped frozen and thawed once they arrive to their new home, and the squid are packaged inside small clear bags with enough oxygen and nutrients to get them safely into orbit. Though launching on the third, the Cargo Dragon capsule will not dock with the ISS until June 5th, at 5:00 AM Est. Amongst the other things launching along with these animals there is research that may help develop cotton varieties that require less water and pesticides, a portable ultrasound device, and new solar arrays for the space station. We’ll cover more of the science and research for CRS-22 in the next few days, so stick around to learn more.