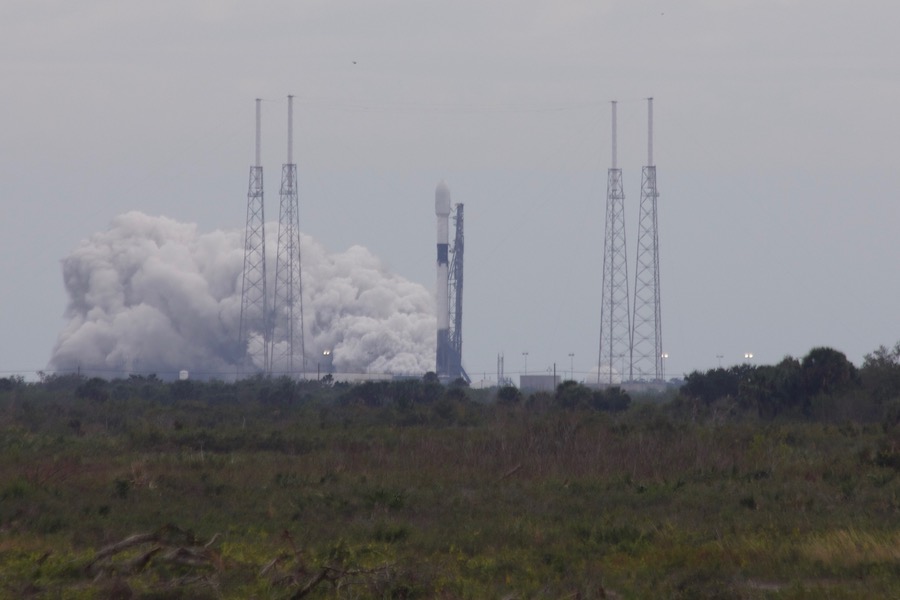 CAPE CANAVERAL, FLORIDA – SpaceX is moving toward a Monday, Jan. 6 launch of their Falcon 9 rocket on the Starlink 2 mission. The rocket was raised to a vertical position on Friday, Jan. 3, and successfully completed a static-fire test of the 9 Merlin engines on Saturday, Jan. 4. Spaceflight enthusiasts know the ritual leading up to each flight.

As rockets prepare for flight, several key steps are seen. The first major step is typically integration, when the payload and upper stage of the rocket are connected with the first stage. Next, The roll-out is completed, bringing the rocket to the pad, in SpaceX’s Starlink 2’s case, LC-40 at Cape Canaveral. Next, the rocket will be brought vertical. The final major visible test completed before flight is the static-fire test, when the rocket’s engines will be fired on the pad. SpaceX proper will typically only announce the successful completion of the static fire test, with major missions receiving more coverage. In the case of Starlink 2, SpaceX only announced the completion of the static fire, with a note about launch date and time.

As stated above, the targeted launch time for Starlink 2 will be 9:19 pm on Monday. As they are using an instantaneous launch window, if they do not launch at 9:19 pm, they will try again with their backup launch window, which will be Tuesday, if needed.

Starlink is SpaceX’s satellite broadband service, which will when completed brink broadband internet connectivity all over the world. SpaceX plans on bi-weekly launches of Starlink satellites in sets of 60 throughout 2020.