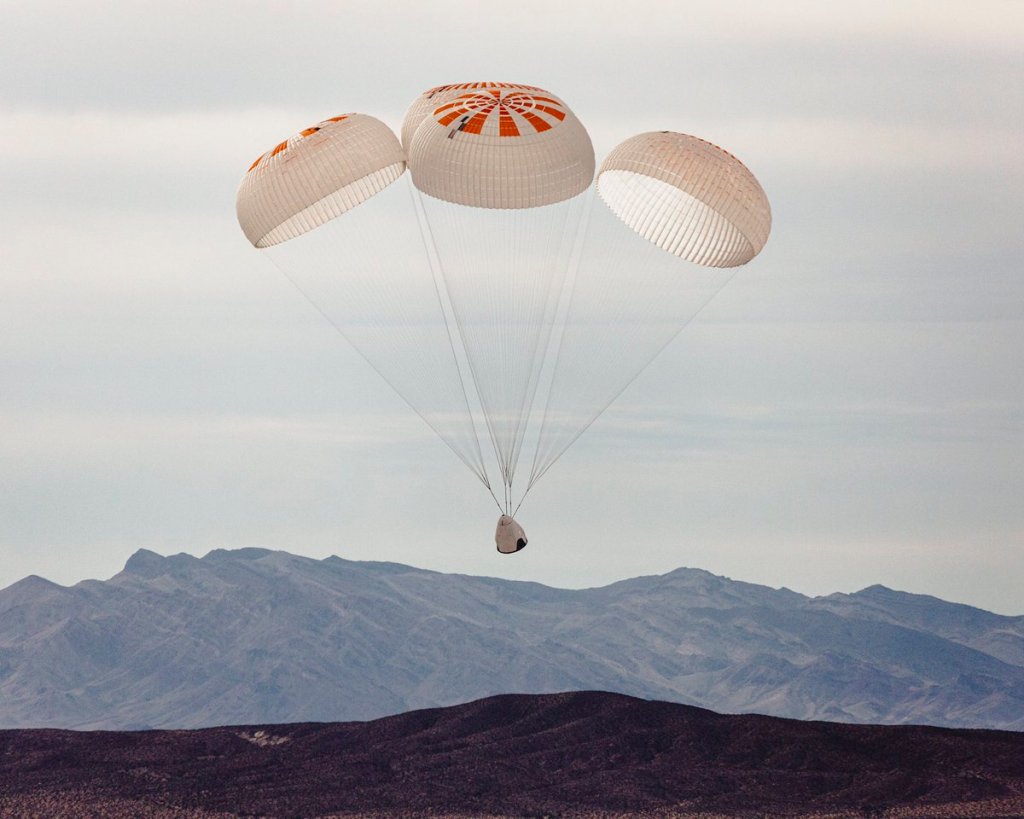 Dec. 23 SpaceX announced, via Twitter, that they completed the 10th test of their Mark 3 parachute system on Dec. 22. This is their 13th successful parachute test in a row. This test is a vital milestone on their way to crewed launches of the Crew Dragon as early as February.

Earlier this year Elon Musk, SpaceX CEO, told a crowd in Hawthorne, California that the Mark 3 system would need 10 successful tests before he felt comfortable with human flight. At the same event NASA Administrator Jim Bridenstine voices his belief that SpaceX would accomplish that goal by the end of the year.

With this parachute test now behind them, Spacex is marching toward the final test before the first crewed flight, the In-Flight Abort Test which will be attempted on Jan. 11. After that test, it will most likely be a green light for a human test of the Crew Dragon in February at the earliest.