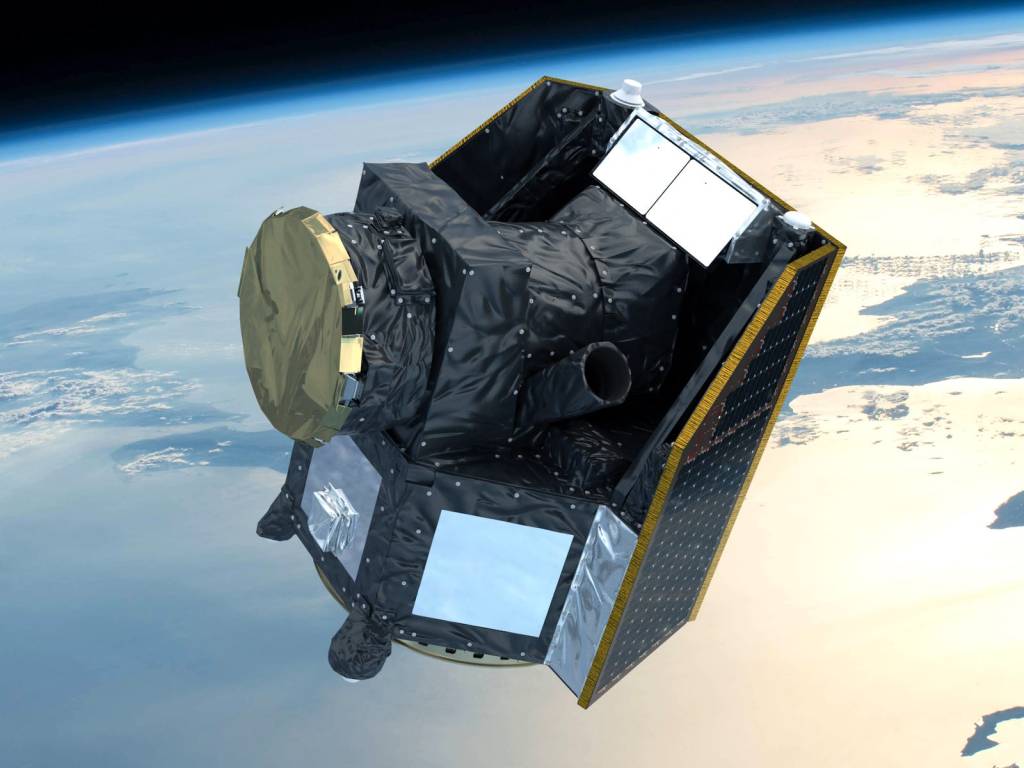 KOUROU, FRENCH GUIANA – After a twenty-four hour delay, the CHaracterising ExOPlanets Satellite (CHEOPS) was hefted into space from aboard a Soyuz-Fregat launch vehicle at 3:54 a.m. Dec. 18. This launch was accomplished for the European Space Agency (ESA). The launch also saw the launch of Cosmos-Skymed (an Italian Earth-observing satellite) and three cubesats.

CHEOPS will be placed in a sun-synchronous polar orbit, allowing it to orbit the Earth in such a way that it remains along the “terminator”, an area of constant sunrise or sunset. This will allow the satellite to continuously remain in perfect lighting conditions at all times, while also allowing scientists from around the world access. This differs from the orbital parameters of other exoplanet discovering satellites which typically orbit in such a way as to remain in darkness at all times, but only allow access to data while scientists are on the nighttime side of Earth. Sun-synchronous orbital patterns are typically used for Earth observing satellites such as the Google Worldview satellite, as satellites on these orbits can be directed to fly over the same location at the same time and lighting conditions for each pass.

The CHEOPS mission is particularly exciting for the field of exoplanetary science. CHEOPS is a mission designed to build upon the work of previous exoplanet discovery missions such as Kepler and TESS. Where the previous missions were designed to discover new planets, CHEOPS is designed to reevaluate those findings in depth and use new techniques to find more detailed information about planet and atmosphere composition.

Previous missions, such as Kepler, use a technique which measures the gravitational “wobble” of stars induced by planets in their system. This data can be used to determine mass of the planet and distance from the host star. CHEOPS will narrow that scope by observing the “dimming” of stars as planets pass between the star and Earth. By observing these occultations, scientists can determine planetary composition as well as the presence and composition of an atmosphere.

The ESA is reportedly working to ensure scientists from across the globe will be able to partake in this momentous mission, with 30% of observation time being granted to visiting scientists.