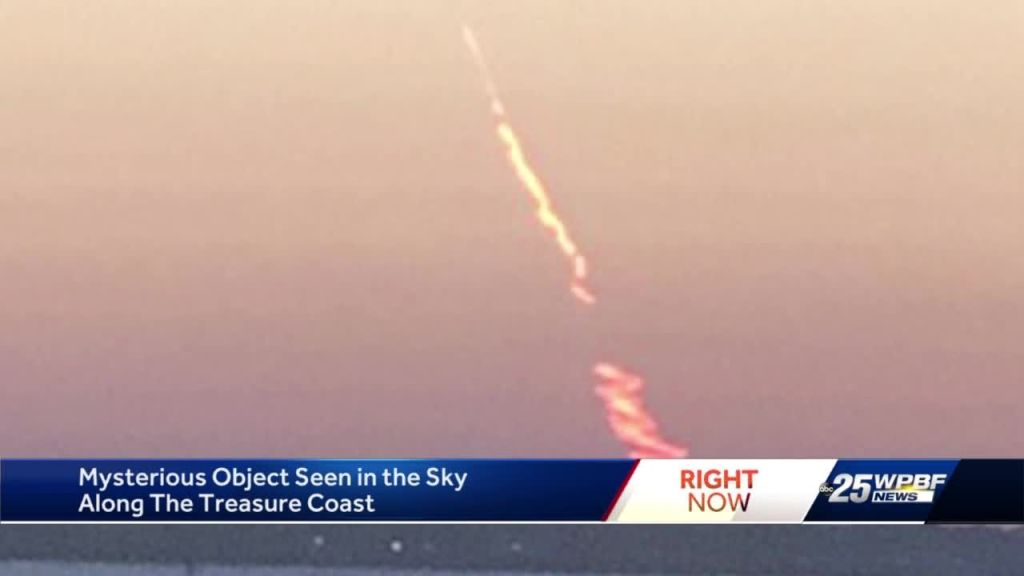 (Updated: Upon further review of photographic evidence, this was a contrail and not a Trident missile as previously stated. The article has been updated to reflect this.)

Treasure Coast, Florida – New Year’s morning the sun rose with a bit of mystery on Florida’s Treasure Coast. Many people out to view the first sunrise of the New Year saw something they could not explain in the sky. While some believed it to be a rocket launch, none were present on the Cape Canaveral public launch schedule.

Local news station WPTV reported on the launch, stating that the DoD had no information. In the absence of such, people began speculating on the source. Some people claim it may be UFOs, while other claimed contrails from a high flying aircraft. One leery gentleman though it could be the North Korean “Christmas present.”

So, let’s dig into some facts. Wholly discounting the UFO theory, we have contrails, North Korea, or a standard rocket launch. Contrails are those vapor trails left in the sky by fast moving jets. When contrails form at sunrise or sunset they tend to be orange, almost flamelike. Upon reviewing an abundance of footage of the mysterious object, I believe it is highly likely to be a contrail.

The North Korea theory. This is laughable. Kim Jong Un wishes he had the ability to threaten the US east coast with a missile, which he doesn’t. His range is currently limited to the very edge of the west coast of the US, and that would be on a good day. Since that threat was made the week before Christmas, the US has been watching North Korea very closely, and if they were to launch anything, there would have been warnings and such. They just don’t have the technology to cause the phenomenon witnessed off the coast of Florida.

I originally thought this object was a Trident II D5 missile test from the Port Canaveral test range, off the coast, due to the direction relative to the photographs. These nuclear capable missile are submarine launched and constitute the “third leg” of the US Nuclear Triad, a strategy that allows nuclear missiles to be fired from stationary Minuteman missile silos, air dropped from planes, or fired from SSBN submarines. These systems have to be tested regularly to ensure the systems still work as designed. The last test of a Trident missile was in May 2019.